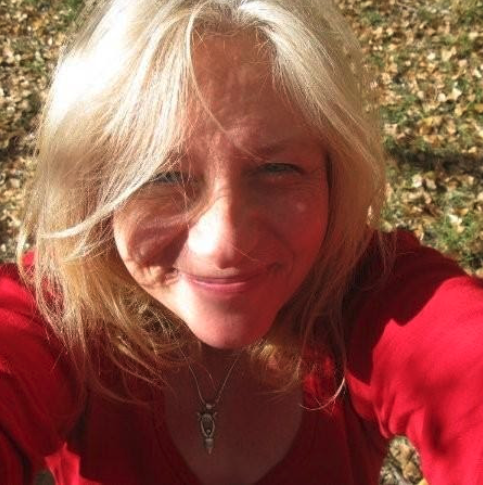 Kornelia DeKorne, a Hungarian native, is an artist, writer and translator with an adventuresome spirit. Born to a chemist mother and a sound engineer father who worked at MAFILM Hungarian Film Studio, into a culture that prizes literature and habitually names streets after poets, Kornelia’s passion for language, the arts and the sciences comes both from her genes and from the environment that nurtured her. Among ancestors she feels great kinship to, she counts a 19th century great-granduncle who emigrated to England after the revolution of 1848-49 and turned his mind to medicine. He was eventually stationed in India where he retraced the steps of another Hungarian traveler, Alexander Csoma de Kőrös, author of the first Tibetan-English dictionary. Writing Csoma’s biography, Kornelia’s Uncle Theodore fell in love with and became a scholar of Tibetan and Sanskrit, which are languages that Kornelia feels an inherited resonance to, along with her uncle’s love of medicine.

Having grown up in a culture surrounded by rich dialects where speaking multiple languages was a matter of course, Kornelia was enchanted by the playful and creative power of language from a very young age. In high school, she was awarded first-prize in the countrywide high school competition in English, opening the doors of Eötvös Loránd University of Arts and Sciences to her, where she majored in English and French. German came into her life by way of family in Vienna, Austria; school offered Russian and Latin, and she has never stopped studying languages. Currently, she is marveling at the view of the world created by Hawaiian, a language with layers of meaning to guide its practitioners in how to live with nature and how to take care of all that is around us – just what we need here, now.

Before settling down to life as a professional full-time translator, Kornelia worked as an artist, having learned silk painting in Vienna and later weaving in the Rio Grande Valley of New Mexico.

Her silk paintings and woven tapestries have been exhibited in art shows and galleries in Europe, in Washington, DC, Baltimore, Richmond, San Francisco and elsewhere.

One of her tapestries shown below (on the right), entitled “The Future is the Past,” as explained by Kornelia, depicts a traveler in the central diamond of the tapestry who represents our distant ancestors as well as our descendants yet to come with whom we share the stories that make us who we are—in the here and now.

For the past two decades, Kornelia has woven words in her work as a professional Hungarian, German and French translator. Kornelia is certified by the American Translators Association (ATA) in both directions between English and her native Hungarian. She has also served on the Dictionary Review Committee of the ATA. Kornelia has translated documents from a wide variety of genres, including fiction and nonfiction, poetry, folk tales, movie scripts, historical documents, all manner of medical, technical and legal texts, and even memoirs and love letters. She has worked for prestigious clients like National Geographic.

Kornelia believes that translation work is critical to bridging cultures and providing clarity that connects individuals and communities across the globe. For Kornelia, the work of translation is sacred—a unification of form and function, telling the truth to facilitate a real meeting of minds open to each other so that we can cohabit our precious planet and meet the moment that is upon us.

When not working on translations or artistic endeavors, one may find Kornelia curled up with a good book at her home on the Big Island in Hawaii. She is an avid reader of prose and poetry. Kornelia loves science fiction, and her favorite books include Joan Vinge’s Snow Queen trilogy and Canopus in Argos by Doris Lessing. She also enjoys the enchanting words of William Shakespeare, Gary Snyder and Gabriel Garcia Márquez, among others, and all folk tales and creations myths of the world, from the Finnish Kalevala, to The Kumulipo of Hawaii.