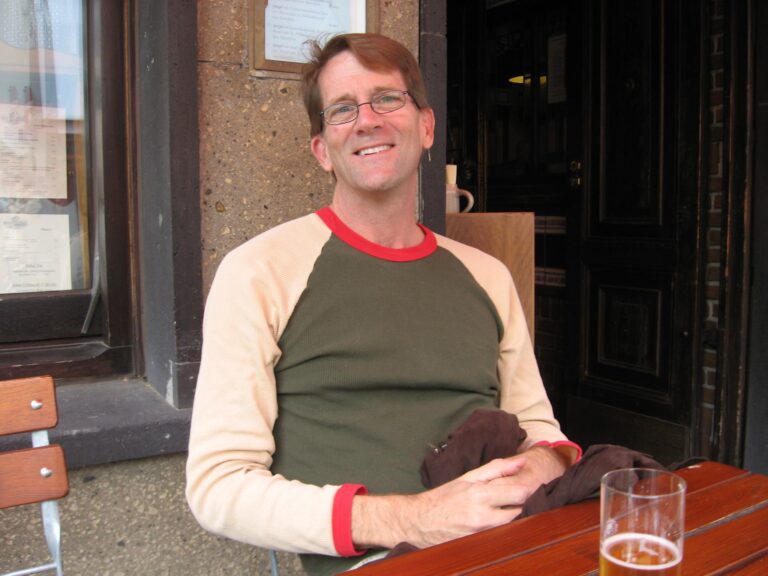 “Look it up.” This was a common response from young Matt’s librarian mom in response to his questions about maps. As a child, Matt was fascinated by geography, cartography and languages. His inquisitiveness – a primary quality fostered by his parents- is what propelled Matt into his career as university instructor and professional linguist.

Matt’s childhood wonders manifested into a life of far-flung travels and multi-linguistic pursuits. He earned a B.A. in German, with a Latin American certificate and a Master’s in Agricultural Economics with a certificate in African Studies. As a graduate student, he won a Rotary Fellowship to study in the Netherlands. Matt’s dedication to his language education certainly earned him the title of “polyglot”: he is proficient in Spanish, Portuguese, German, Dutch and French and taught some of these languages at the University of Florida where he has had the distinguished honor of being named “Teacher of the Year” for Spanish. Matt treats language learning as a sport: practice and staying current. In fact, he has 23 years of translation and editing assignments in his repertoire, which amounts to nearly 4,000 assignments.

Matt’s kaleidoscope of global experiences has offered him a unique perspective as a linguist. He explains “each language evokes its own feeling” – a sentiment which permits him to work fluidly between many languages on any given day. He eagerly accepts editing assignments in French, Portuguese, Dutch, German and Spanish, sometimes all on the very same day.

Matt keeps Florida as his home base, but he is also often out in the world enriching his language skills and cultural awareness. Matt has 85 countries stamped in his passports. Among his most memorable travels have been in Turkey, Peru, Taiwan, Brazil and Colombia. Matt’s current favorite is Cuenca, Ecuador for its sheer beauty, friendly people, walkability, affordability, climate and culture. We are always amazed when Matt accepts GLS assignments when travelling in opposite ends of the world, which is a testament to his dedication and work ethic, not to mention his passion for translation.

From a library in Florida to a Rotary Scholarship in the Netherlands and onto remote corners of South America, Matt’s life story proves that it is indeed a small world, after all.